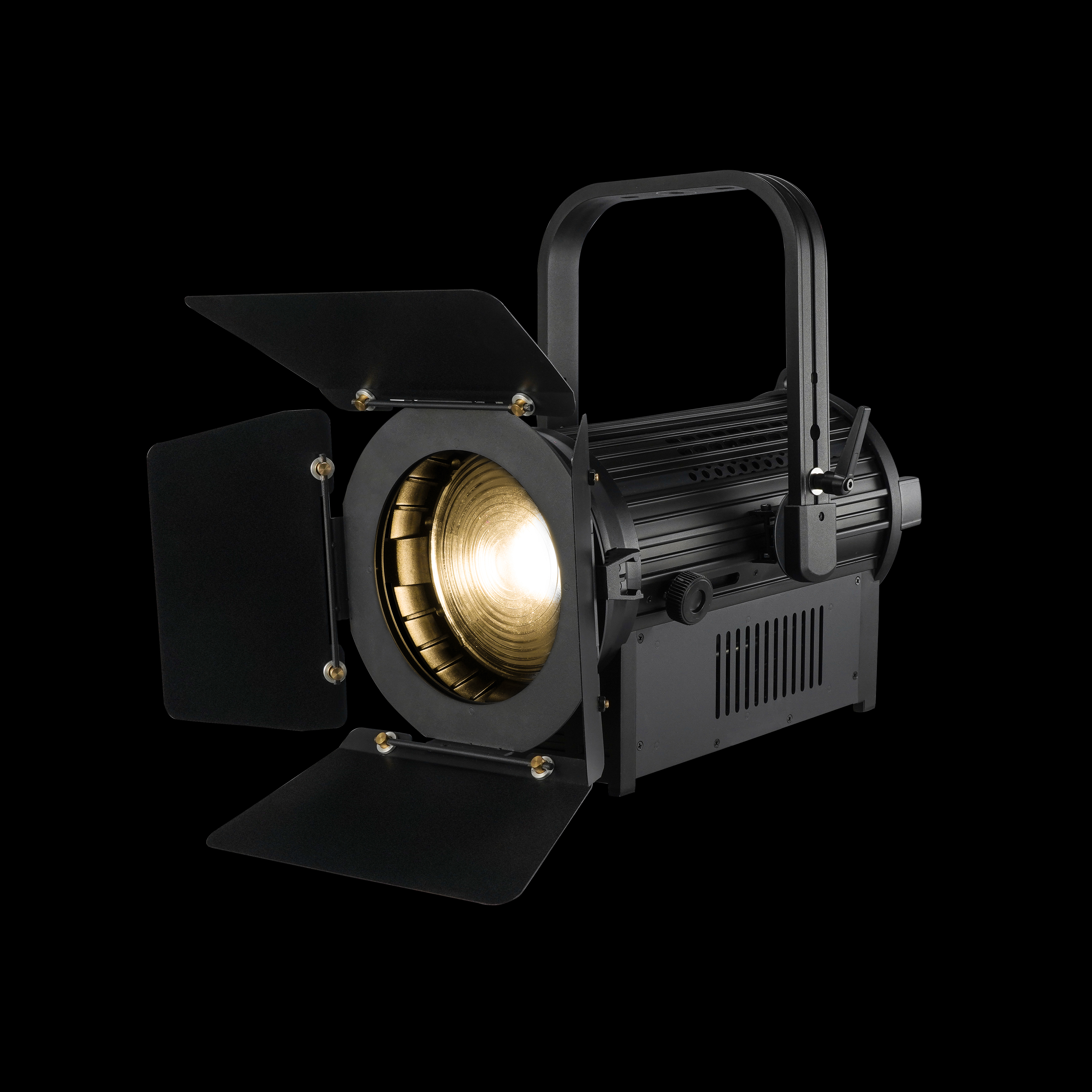 The One Studio are focus on the led profile light, led fresnel light and led soft panel light. As a professional LED studio lighting manufacturer, we have been keeping up with the market demand and constantly launching new products. There have been 100w fan-less(no any noise) led fresnel light before, this noiseless 100w is an upgraded version of our old hot-selling TH-350 100w LED Fresnel light. We've improved and changed the cooling system from no noise fan to the light body itself with no fan and no noise at all. The improved product has also been praised by customers. At the same time, on the basis of 100W, we have re-developed a new 200W fanless (no noise) led Fresnel light. 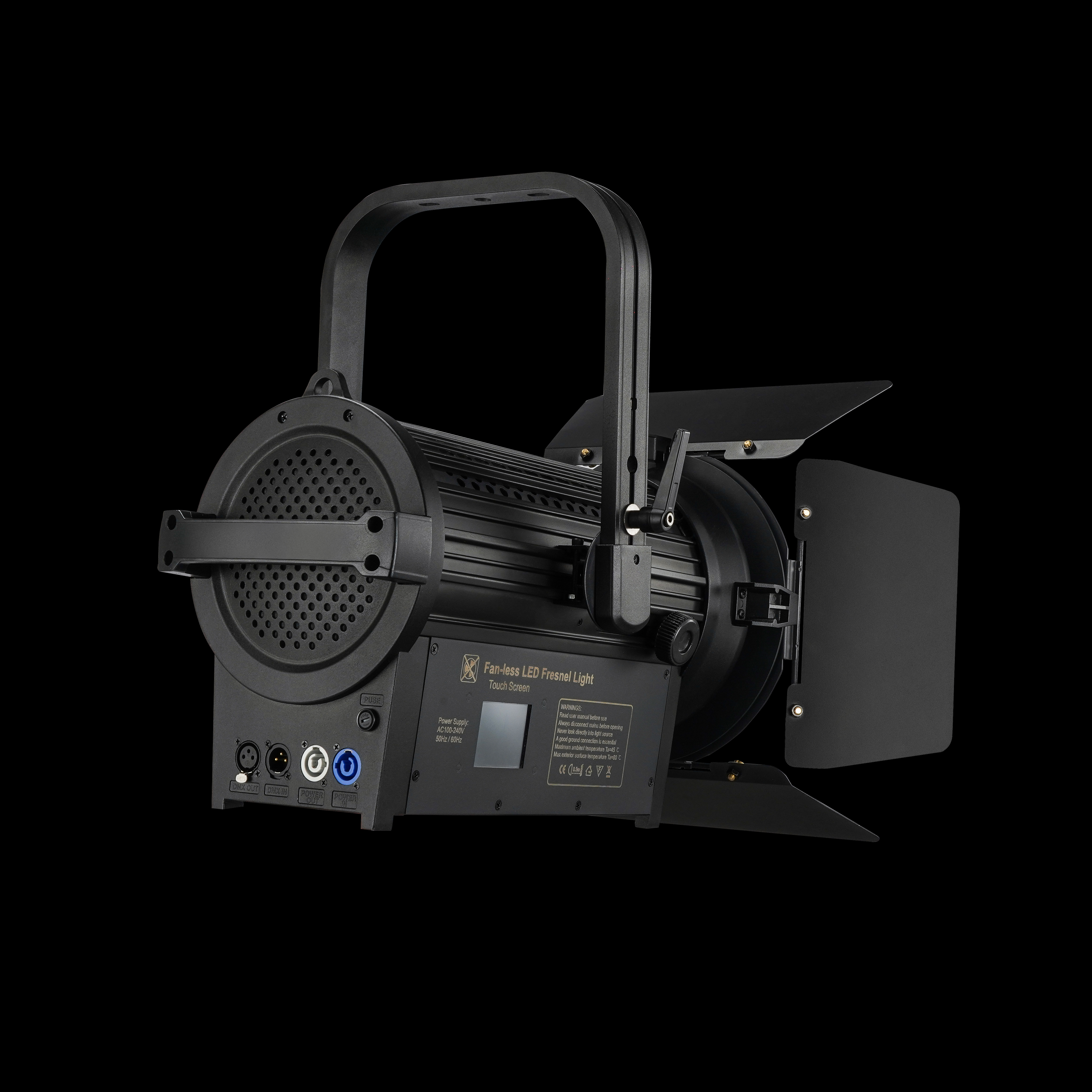 This Fan-Less 200W Led Fresnel Light from THE ONE STUDIO, we use imported led lamp, cool and warm color (3200 or 5600K) options, with high CRI and bright effect. The beam angle can be manually adjusted between 15° and 50°, DMX controlled electronic strobe, Dimming is smooth 16-bit impressive from 0% to 100%, selectable dimming curve modes, PWM from 500HZ to 25000HZ for matching any camera type, flicker free operation for Broadcast TV and Film. You can have it with manual zoom or motorized zoom is easily accessed by DMX512 controller. Enjoy the benefits of LED lighting without being held back by previous investments made in major dimming systems, 3pin DMX and Powercorn in/out connections, touch screen LCD control display panel, Fan-less no noise cooling system, very suitable for any applications. 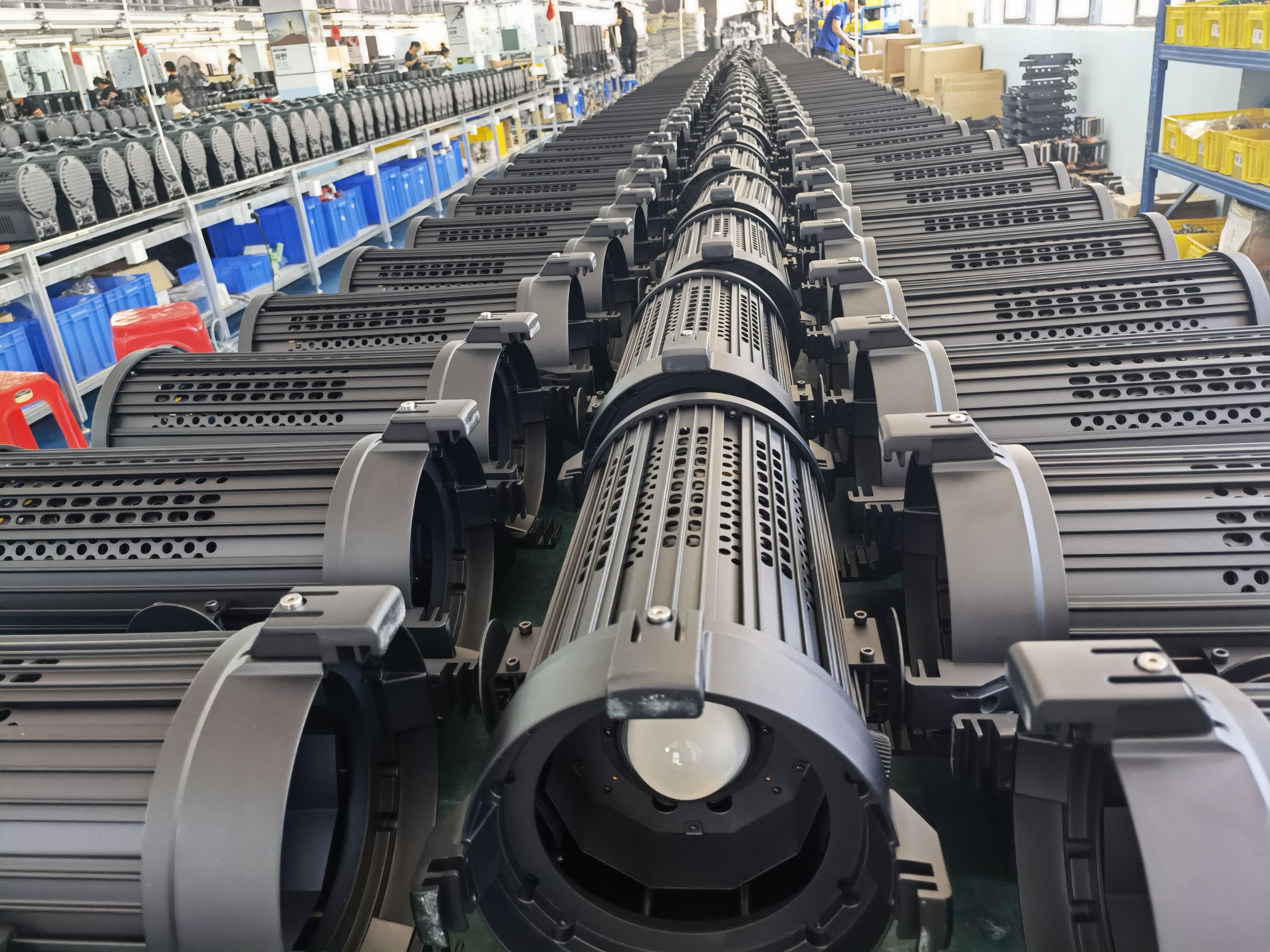 200w Fan-less Fresnel light once launch out, many of customers show great interested in it, customer prefer use it in not very large studio or theater. 200W Fan-less Fresnel Light was issued, and a customer purchased 1,980 units at one time for use in a large-scale opera house project. The theater is a place specially used for performing dramas, operas, singing and dancing, folk art, music and other entertainment. Led theater fresnel light is a luminaire that can be used as stage light, side light, backlight, and contour light. It uses high CRI COB LED as the light-emitting element, no flicker, soft light, consistent light color, large beam angle, and abundant light intensity. The color spots are uniform, and the stage characters can be recorded or illuminated more clearly, softly and three-dimensionally, so that the audience can clearly see the musicians, instruments and playing techniques, and highlight the conductor and solo according to the plot; Equipped with a lamp, so that the performers can see Clear sheet music. The light effect is 8-15 meters.